How’d that old adage go, “Once you go Jeep, you never go back?” I may have messed that up a bit (I think I confused ‘Jeep’ with another noun), but regardless, that sentiment has been proven time and again. Jeep lovers fall in love with the brand’s reliable and durable vehicles, and many drivers couldn’t envision trekking through a winter storm without their beloved SUV.

That was certainly the case for Michael Cummo, a semi-recent college graduate who previously lived on Martha’s Vineyard, working for a local newspaper. Due to the unpredictable weather, the journalist understood that he needed a capable vehicle that could withstand the harsh winters. Plus, considering where he lived, he was going to need to rely on that vehicle for off-roading. Cummo opted for a Jeep Compass, and the vehicle proved to be the perfect choice.

His lease recently ended, and at around the same time, Michael switched jobs and moved to Connecticut. This meant that he was still seeking many of the same attributes from his new ride. Michael ultimately decided to switch things up a bit, opting for the 2016 Jeep Patriot. Why did the young car buyer decide to go for this particular model? Let’s find out…

As a young photojournalist who was just entering the field, Michael was prepared to report anywhere at anytime. As a result, he needed a tough durable vehicle that couldn’t only perform through the harsh winters of Martha’s Vineyard, but also through inconsistent, off-road terrains. Having little knowledge of vehicles, Michael simply consulted his parents for help. They quickly made a suggestion: the Jeep Compass.

Michael soon recognized that he had made the right choice, per their advice. The vehicle proved to be more than capable of overcoming the snow or dirt trails. He even found himself helping out some of his fellow drivers, something he was never able to do in his older, smaller sedans.

“I pulled a car that was stuck in the snow,” he said excitedly. “It was a truck that couldn’t move, so I hooked it up and pulled them out of the hole. I actually felt pretty badass.”

Michael grew to love his Jeep, but his lease eventually ended, meaning it was time to pursue another vehicle. It didn’t take long for him to settle on a brand, as Michael was convinced that Jeep was the perfect ride for him. Choosing a model wasn’t very difficult, either.

“I loved the Compass, but I wanted something different,” he said. “The Patriot feels like the exact same car, just a different exterior. The Compass is more round and the Patriot is boxy, and I liked that feeling of having an old-school Jeep. Plus, it was affordable. It was clearly the best choice.”

It didn’t take particularly long for Michael to get acclimated to his new ride. While he’s yet to drive in the snow, he’s found himself appreciating the 2.4-liter World Engine, which can pump out 172 horsepower and 165 pounds-feet of all. Best of all, the vehicle delivers a 28 mile per gallon highway efficiency, keeping the cost of ownership to a minimum. Alternatively, Michael could have opted for the 158-horsepower 2.0-liter DOHC engine, which delivers an equally impressive 30 mile per gallon highway fuel efficiency (as well as a 400-mile range). Of course, the accompanying mechanics (like the impressive 4×4 system) makes for easy handling, even in the worst conditions.

“It can definitely handle extreme weather,” he said. “It drove very well in the heavy rain. It can go through deep puddles or even hard rain when visibility is low. I felt pretty safe, it handled the highway really well. In my old car, I would have been sliding around the road. It’s also been good on narrow, rocky paths, and it drove really well on the sand, too. Some people’s houses, they don’t have roads going to them, so you have to go through trails that are just forests. It handles pretty well over logs and rocks. I’ve never struggled to get anywhere.”

Since he has to constantly travel to different events for work, Michael spends a good amount of time in his 2016 Jeep Patriot. Predictably, he’s grown to appreciate the various interior amenities, especially the Radio 430 system. Michael can access SiriusXM Satellite Radio (allowing him to listen to his favorite jock, Howard Stern) via the touchscreen unit, and he can even connect his phone to make hands-free phone calls. The amount of cargo room was also a nice, unexpected incentive, as the 53.5-cubic-feet of space can easily fit all of his camera equipment.

“The interior is nice,” he said. “It’s roomy and it’s big, but it’s big without being overly bulky. It definitely doesn’t drive like a boat. When I moved, I was able to fit a lot of my stuff in the trunk.”

Overall, Michael has found himself especially appreciative of the vehicle’s adaptability. While the 2016 Patriot allows him to travel off the beaten path, the ride is still perfectly capable of traveling through a busy urban area. This is especially important to Michael, as he’s never certain where his reporting will ultimately take him.

“The versatility is my favorite attribute,” he said. “It drives really nicely in New York City, which I’ve had to drive through many times already. It’s not too big so it parks nice, it can go through alleys, and it takes the highway pretty well, too. I really wasn’t expecting that.” 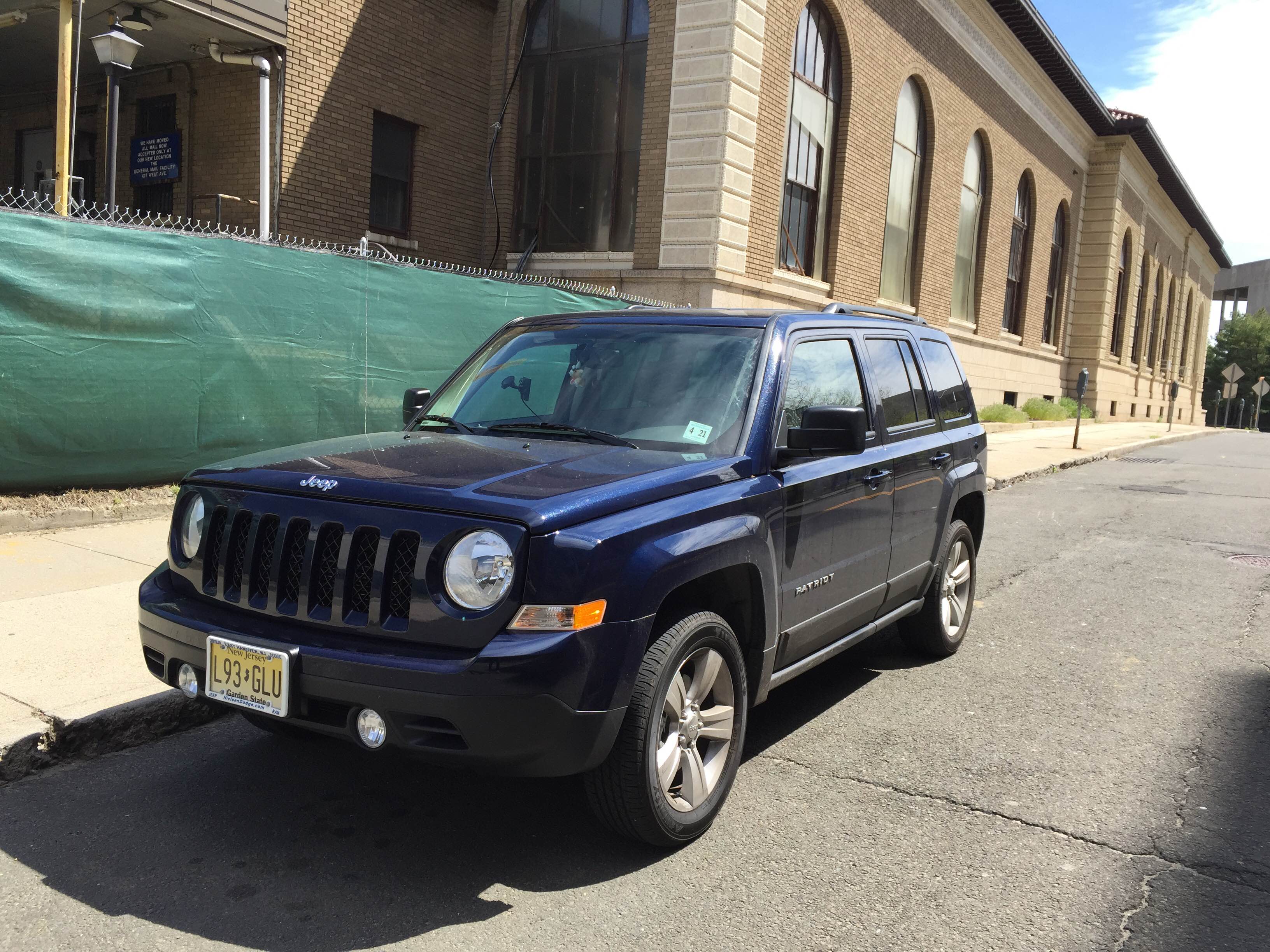 Michael inked another multi-year lease, so he’ll inevitably have to search for a new car in the next couple of years. After having driven Jeeps for the past half-decade, is he thinking about switching brands?

“No way,” he laughed. “As long as the price stays around the same, I’ll be sticking with Jeep. I’ve got more truck for my buck than I would have expected, and my monthly payments are honestly minimal. I like the brand, it fits my needs. I don’t know where I’m going to be driving and where I’ll be in the next couple of years, but I can basically guarantee that I’ll be driving a Jeep.”